Intimate, scenic, and mostly all-inclusive, river cruising is often referred to as a floating hotel and is truly the ultimate way to experience the less travelled side of a country. With central docking locations, there is no rush to experience a town or city by an organized tour, or on your own by foot or bike.

River cruise ships range from 20 to 200 passengers, and cruise 6 continents all year round.

River Cruising For All Ages

Previously river cruising was mostly enjoyed by travellers in the 65+ demographic, however, over the past few years the average age groups booking river cruises has dropped to 50+.

In the past couple of years U Cruises, a cruise line in Europe dedicated to the 21-45 years demographic, has proven incredibly popular for young singles, couples and families. The all inclusive nature of river cruises is an attractive option for travel enthusiasts of all ages!

Other popular options for river cruising is by Barge in France or self-drive for couples and small groups up to 10 in England, Scotland, Ireland, Germany, France, Netherlands, Belgium, Italy, and Canada. 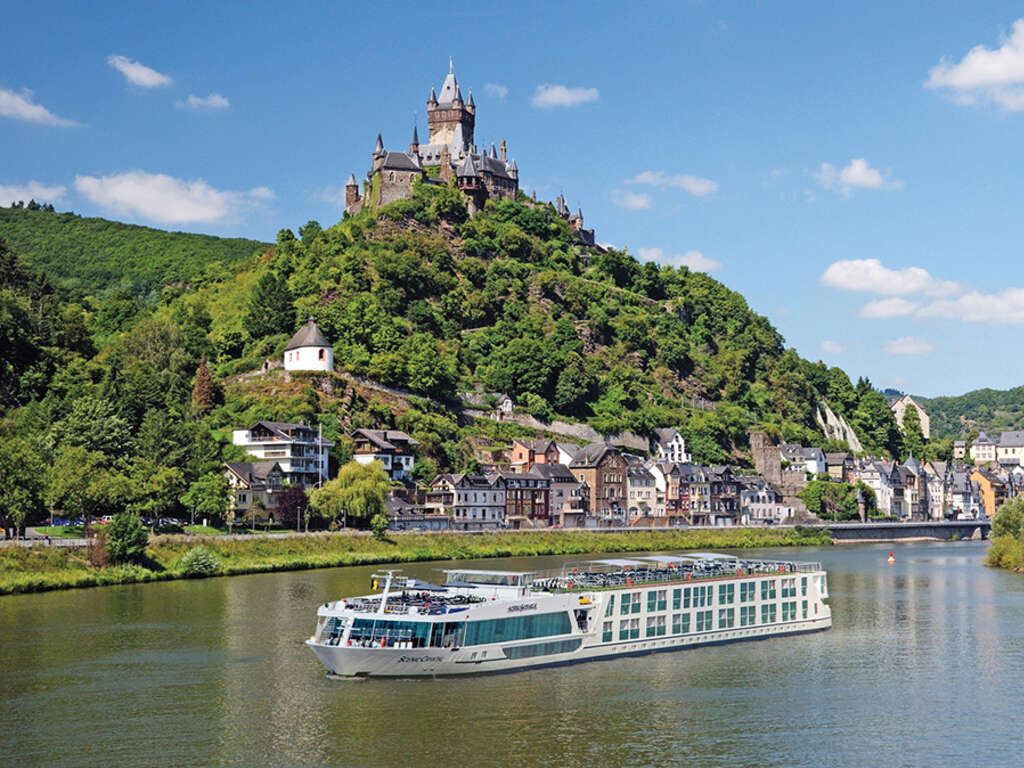 Included on most river cruises is your accommodation, entertainment, meals, beverages, WiFi, day tours, bike hire and gratuities. Spa and beauty treatments are at cost onboard the ship.

There are a few cruise lines that only include beverages at certain times of the day and a few day tours throughout the cruise, with optional day tours payable prior to sailing or onboard the ship.

Which river will you choose to explore on your next holiday?

Contact us for a free brochure and to organise your dream river cruise holiday.

We work with the very best. We are proud of our partners, who work with us to deliver the best in bespoke travel

LET US PLAN YOUR NEXT INCREDIBLE HOLIDAY

“Mike is a total professional who goes out of his way to help me with my travel bookings.

I would highly recommend him to anyone who is looking for a travel agent who will get you the best price at the same time providing an amazing service.

“Mike loves his job – always a good sign and was very helpful with our recent trip to Vietnam and Laos, especially when it came to visa information! Mike easily arranged our travel insurance as well – my least favourite part of booking a holiday – with the best coverage and very good rates. Highly recommended.”

“Incredible service! Quick to come back to all queries, great service and suggestions.”

“Mike has been amazing…. has organised the best trips. I followed a recommendation to visit Bangkok which I never thought of visiting and it was amazing.

Mike does an amazing job n would never use anyone else again….10 out of 10 from me.

The best ideas, great rates, and an unbelievable personal service.

Would recommend him to everyone.”

“I have used Mike for several bookings – he is super-efficient, is as cheap if not cheaper than online (but provides premium service!) and comes up with extras that make any trip a great experience.”

“Twice, when we were on the other side of the world, you came to our rescue! Once when our daughter had an anaphylactic reaction on a cruise ship in the Caribbean. You will never know how much your support was appreciated at this time! I think of it often.

Secondly, to help our friend’s daughter travel from Naples to Amalfi on her own when our original plans fell through. You did not hesitate to help us, even though it was a Friday at 5.30 pm when we called you.

I will keep recommending you to everyone I know, and I wouldn’t book any trip without you!”

I have been very fortunate to visit Christmas Island twice, once in the dry season and once in the [...]

The 27 islands of the Cocos (Keeling) Islands is one of the most unspoilt and isolated beach destinations in [...]

For a small tourist town, Broome has a big beating heart with so much to offer in and around [...]